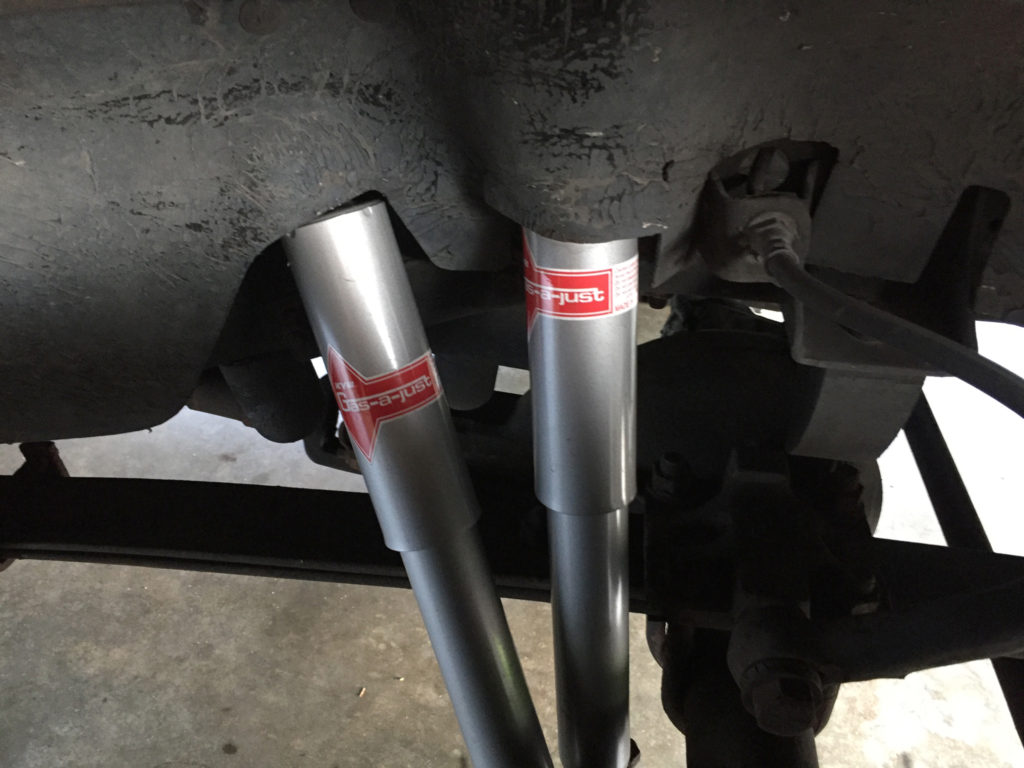 I just installed new shocks in my 1988 K5 Blazer.  After reading several reviews and watch several videos, I selected KYB as the brand.  I didn’t want to spend a fortune, and from what I read/watched, KYB holds up better than the more “off road” brands in the same price category.  I wanted monotube shocks vs. twin-tube (difference between monotube and twin-tube shocks).  KYB has a more heavy duty series called MonoMax but since my K5 has 6 shocks (has dual shocks up front), I decided that the Gas-A-Just would be enough.  If I did more off roading I would have opted for the heaver MonoMax.  I gave a little thought to putting MonoMax on the rear, but stuck with the Gas-A-Just all around.  I also installed a new KYB steering stabilizer.

So far, I really like the new shocks.  I’m pretty sure the ones I took off where the original, or at least extremely old, they had no resistance left at all!

The KYB Gas-A-Just shocks are stiff, but not to the point where you get beat to death.  They definitely make controlling the vehicle easier and I would recommend them.

A few notes on installation:

Best Passive Crypto Income Site...
Click link above to read MY BLOG POST on why I use these guys. I use this and these guys are legit!

One of America's Best Kept Secrets! My Family Does This and it Works!
Health, Wellness, Freedom!

Join the AMSOIL Preferred Customer Program and Save 25%!

I don't load this site up with annoying ads, if you've found something of value here, help keep this site going! Note: Both options below will show my recipient name as PhaseQuest.
Tip/Donate via Paypal